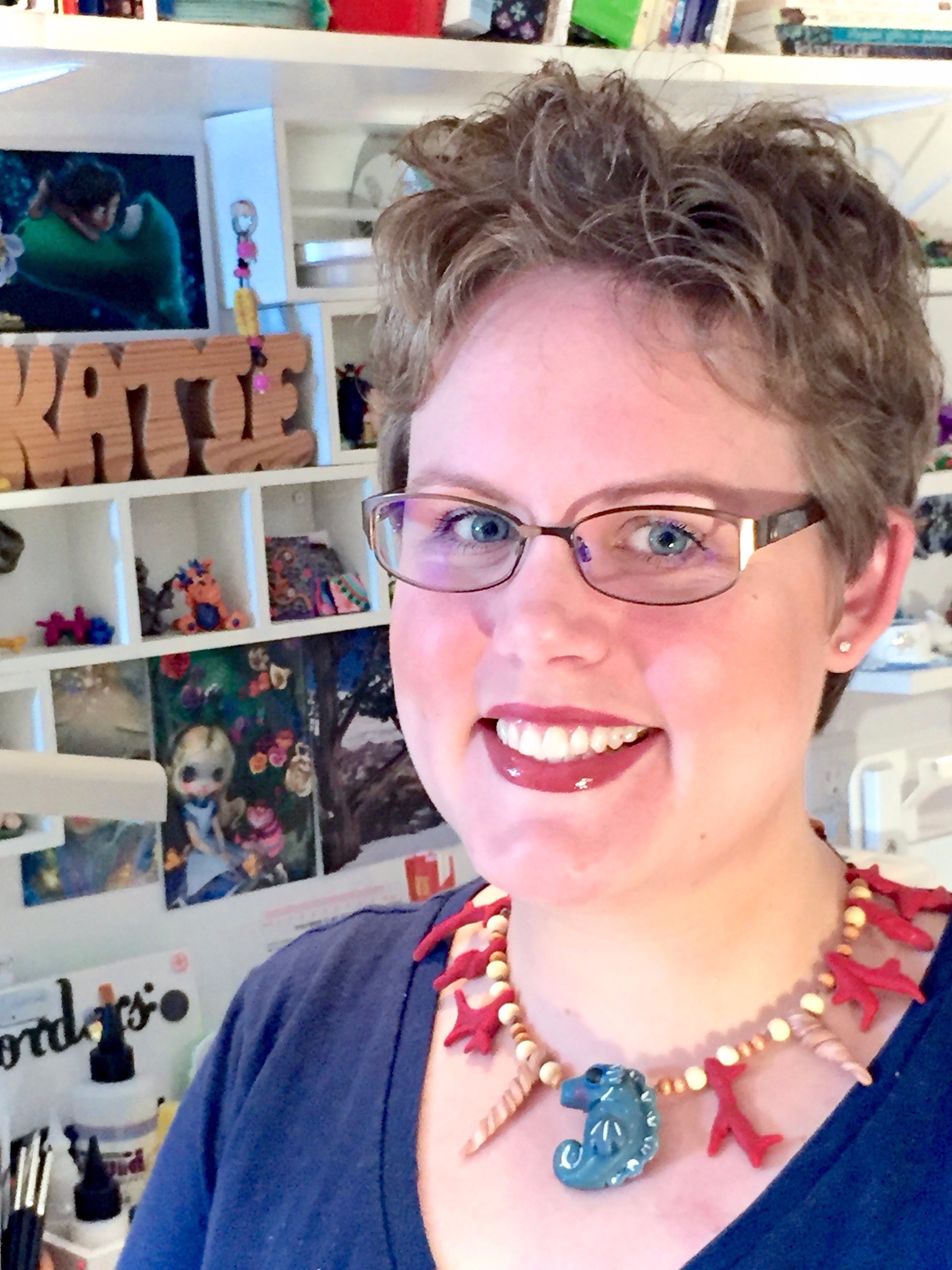 Katie has been working with polymer clay since 2008 and has explored every technique published. She has partnered with accomplished artists such as Christi Friesen in 2013 for The Friesen Project, Lisa Pavelka for the 2015 Pavelka Project, Polymer Clay TV for the 2015, 2016, & 2017 Polymer Clay Adventures, & is a freelance designer & Design Squad 2015-2017 Member for Polyform.